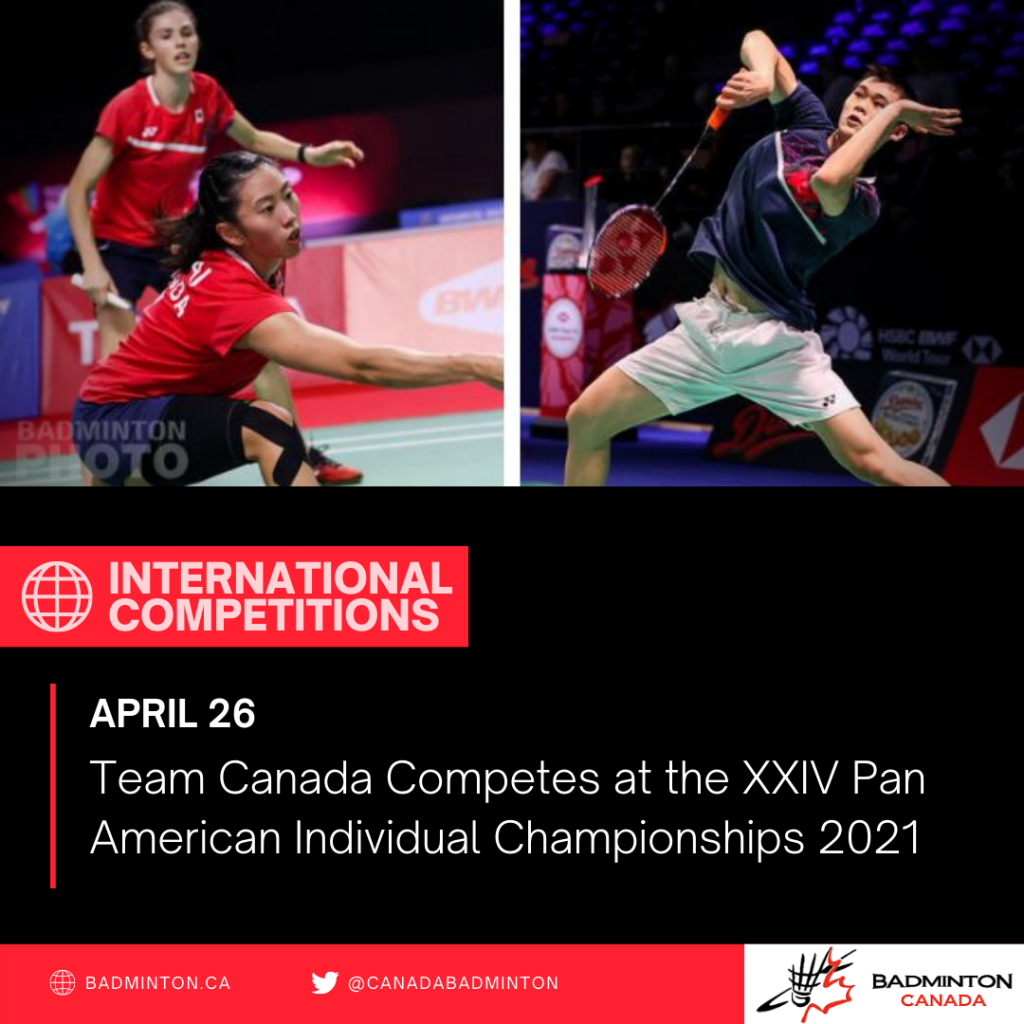 10 Canadian athletes are in Guatemala City, Guatemala for the XXIV Pan American Championships 2021

From April 28 to May 2nd, 2021, Team Canada will compete in the XXIV Pan Am Individual Championships 2021 Guatemala City, Guatemala!

The athletes representing Team Canada are:

With sights set on the Tokyo 2020 Games this summer, only seven weeks reamain in the Olympic Qualifying Period – ending June 15th 2021. This tournament serves as a key qualifying event for several of our athletes as the qualification points are significant for a Continential Championship level event. With 8 Canadian athletes trying to secure their spot for the Games, the Championship are set to being an exciting week of competiton.

In Men’s Singles Brian Yang is coming off a terrific win at the 2021 Peru International, defating Kevin Cordon (21-19, 21-19 ) in the Semi-Final, and defeating 2019 Pan Am Games Champion, Ygor Coelho (21-16, 21-18) in the Final. Brian looks to continue his dominant performances this week, as he will have to face Ygor Coelho again in the Semi-Final, and potentially fellow teammate Jason Ho-Shue, as the two of them compete for the Men’s Sinlges spot at the Tokyo Games.

In Women’s Singles, Next Gen athletes Rachel Chan and Talia Ng will be representing Canada this year, and will gain valuable experience palying against the regions best. This marks Rachel Chan’s first Pan Am Individual Championships, and Talia Ng’s second. Michelle Li will not be competing in the event as she focuses on injury prevention and Games preperation as she looks ahead to the Games this summer.

In Men’s Doubles, Jason Ho-Shue and Nyl Yakura will seek their fifth Pan-American Title. The Canadian duo could once again face Phillip Chew and Ryan Chew, repeating last year’s final, but who are also battling to qualify for the Games this summer.

In Women’s Doubles, Rachel Honderich and Kristen Tsai could look to secure their top 16 qualification spot for the Games with a win this week. In addition to Joshua Hurlburt-Yu and Josephine Wu who could solidify their contential representation spot to the Games with a victory in Mixed Doubles.

“Time to perform” said National Head Coach, Mike Butler. “Our athletes have been working for years to get to this point, it’s time to finish it off. A number of athletes have the opportunity to lock in their spot for the Games with a win at Pan Am Championships this week, and no doubt the Men’s Singles Draw will be interesting.”

To follow the tournament draws and results, please visit: https://bwf.tournamentsoftware.com/tournament/075AB9E3-6962-46DE-AD69-6CFFB90B1D58

For tournament updates, be sure to follow Badminton Canada on all social media! 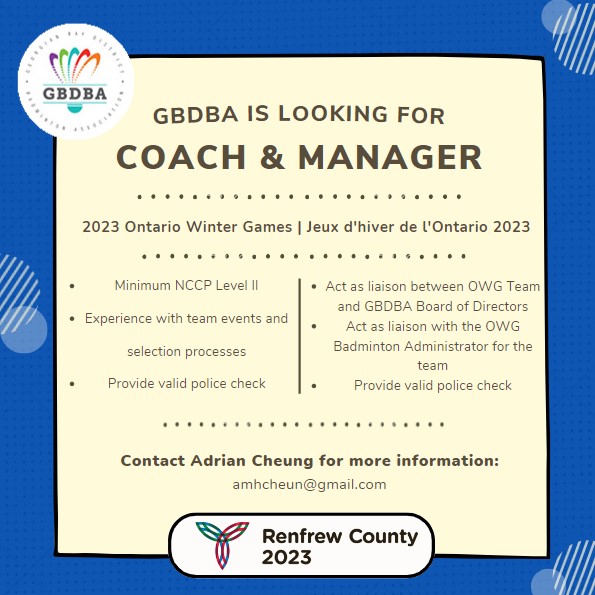 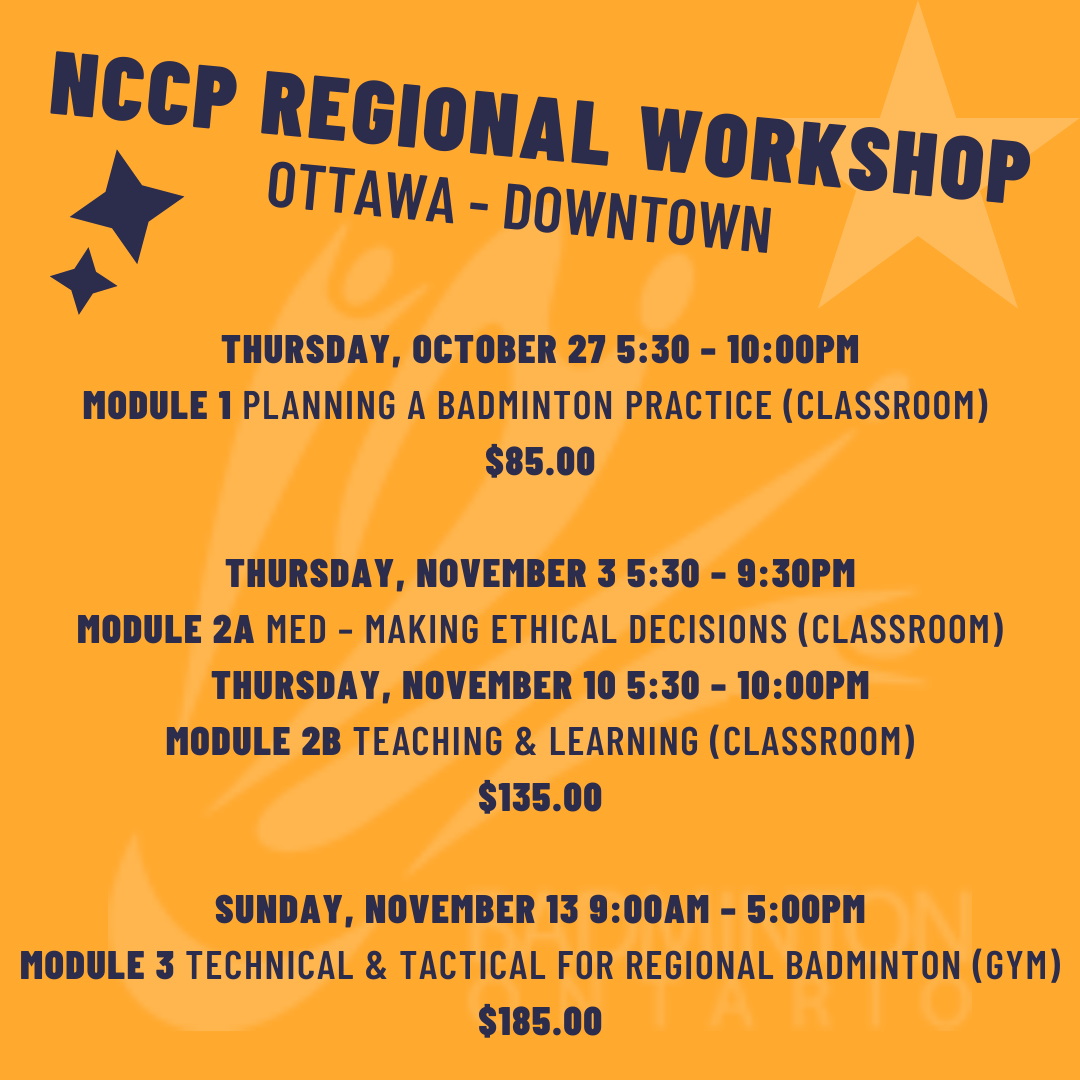 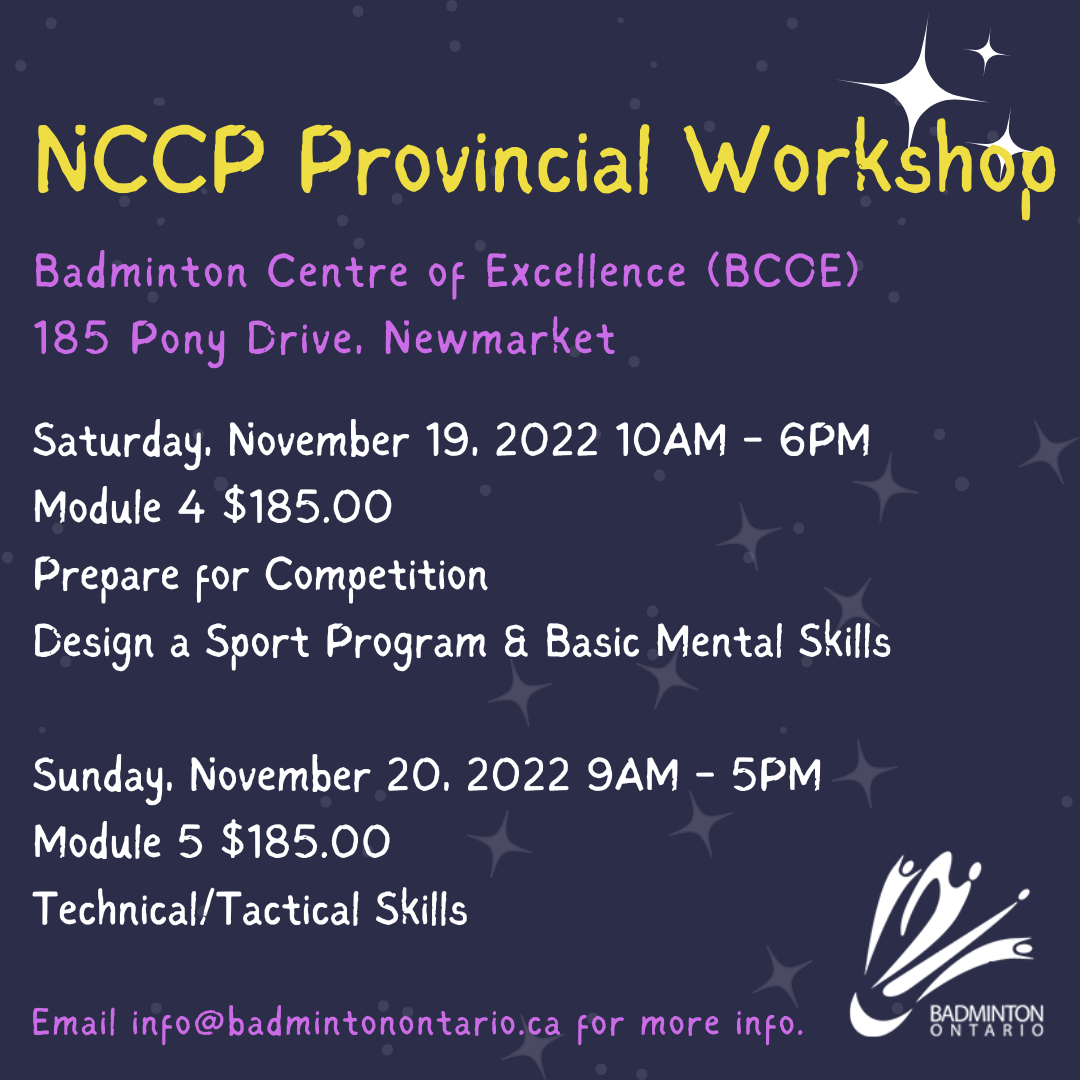