To use the calendar: type in the name or type of competition you would like compete in or attend, or use the menu at the right of the search bar to switch to list view and select from the filter choices at the left of the calendar. 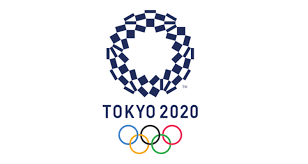 A historic eight athletes have qualified for Team Canada based on their performances throughout the Olympic qualification period that officially ended June 15, 2021

A historic eight athletes have qualified for Team Canada based on their performances throughout the Olympic qualification period that officially ended June 15, 2021. With an athlete qualified in each event, Canada will be one of nine countries competing in all five.

Badminton will take place July 24 to August 2 (Day 1 to 10) at the Musashino Forest Sports Plaza.

The athletes and coaches nominated are:

Prior to being named to Team Canada, all nominations are subject to approval by the Canadian Olympic Committee’s Team Selection Committee following its receipt of nominations by all National Sport Organisations.

The original Badminton Canada News Release can be found here.